Our 3 year old had a distinct lack of summer clothing in this unseasonably warm weather. We picked up some t-shirts from the thrift store--some cute, but some very plain. I immediately  made plans to spruce them up, then got the idea to include our daughter, hoping she was old enough to handle it. She was, in fact, absolutely wonderful.

She even had her own idea about how to decorate one of them. 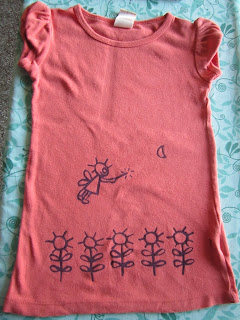 She had her heart set on the flowers and fairy from Harold's Fairy Tale. 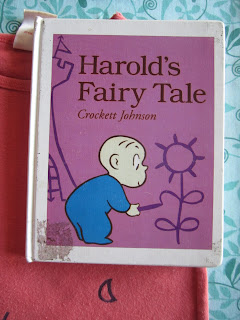 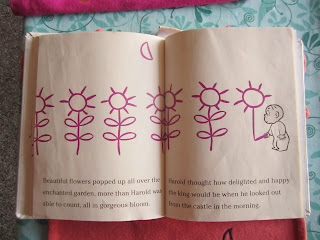 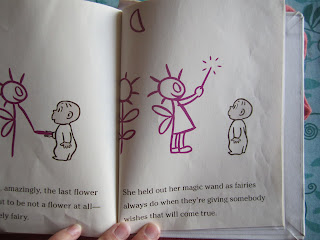 I cut freezer paper to the size of the front of the shirt and traced the pictures straight out of the book using a sharpie. The moon was the finishing touch--also suggested by my daughter. 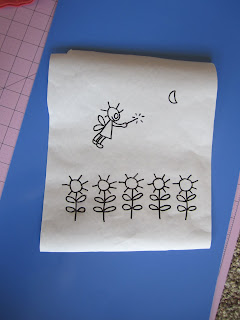 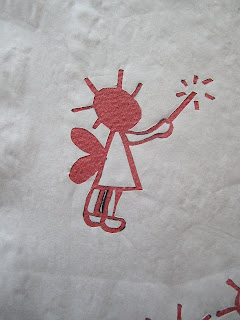 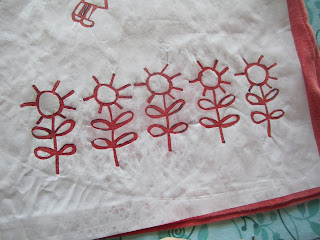 Then I managed to spill a bunch of water on it and I had to take some time to cry it out. The blowdrier worked pretty quickly. :) 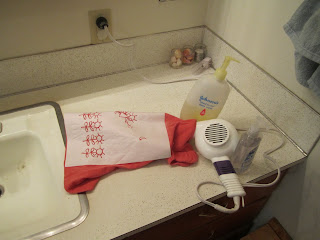 Finally! Time to paint! I set her up outside with some nice purple paint and let her go to town. 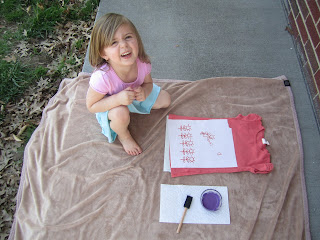 She was so excited. 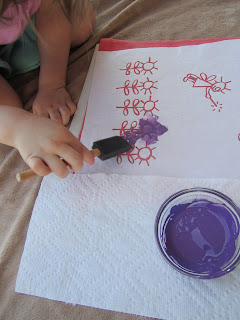 She decided she was done once she got here, but she came back later and filled up the rest of the white space, just for good measure. 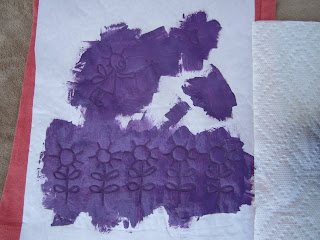 She really layered on the paint, but it barely soaked through the other side. The newspaper in between the layers of the shirt was just in case it soaked through badly. 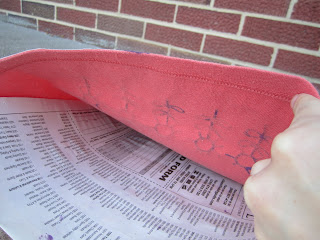 It turned out wonderfully! Here's the fairy... 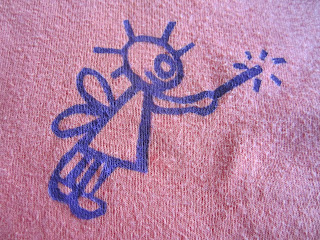 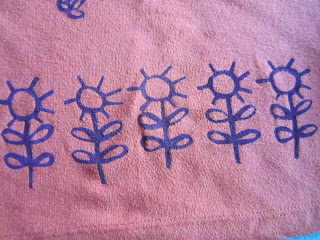 Sooo cute! Our daughter did such a great job. :) 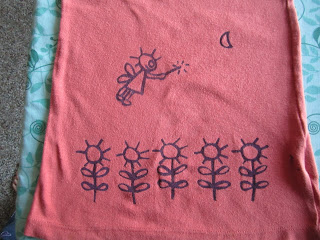 Regina Wade
I'm a stay-at-home mom to two who likes to have fun with messy creative things. Baking, sewing, mod podge, fabric paint, and who knows what else--I just want to try it all. I thought that some of the world might enjoy seeing what I'm up to and draw inspiration from it.